Evaluation of Antidepressant activity of Shilajit in experimental animals

Introduction: Depression is a serious medical (mental) illness that negatively affects how you feel, the way you think and how you act. The presently using drugs can impose a variety of side-effects including cardiac toxicity, hypopiesia, sexual dysfunction, body weight gain, and sleep disorder. During the last decade, there is a growing interest in the therapeutic effects of natural products on mental disorders. Shilajit was investigation for antidepressant activity.

Results: It has been observed from our study that both the MEAS at higher concentration showed significant (p<0.01) reduction in immobility in tail suspension and forced swim model of depression comparable to Lead acetate and Imipramine.

Discussion: However further study is needed to understand mechanism of action and to identify active component responsible for antidepressant like activity.

AJPT is listed or indexed in: 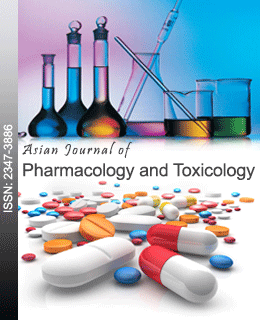